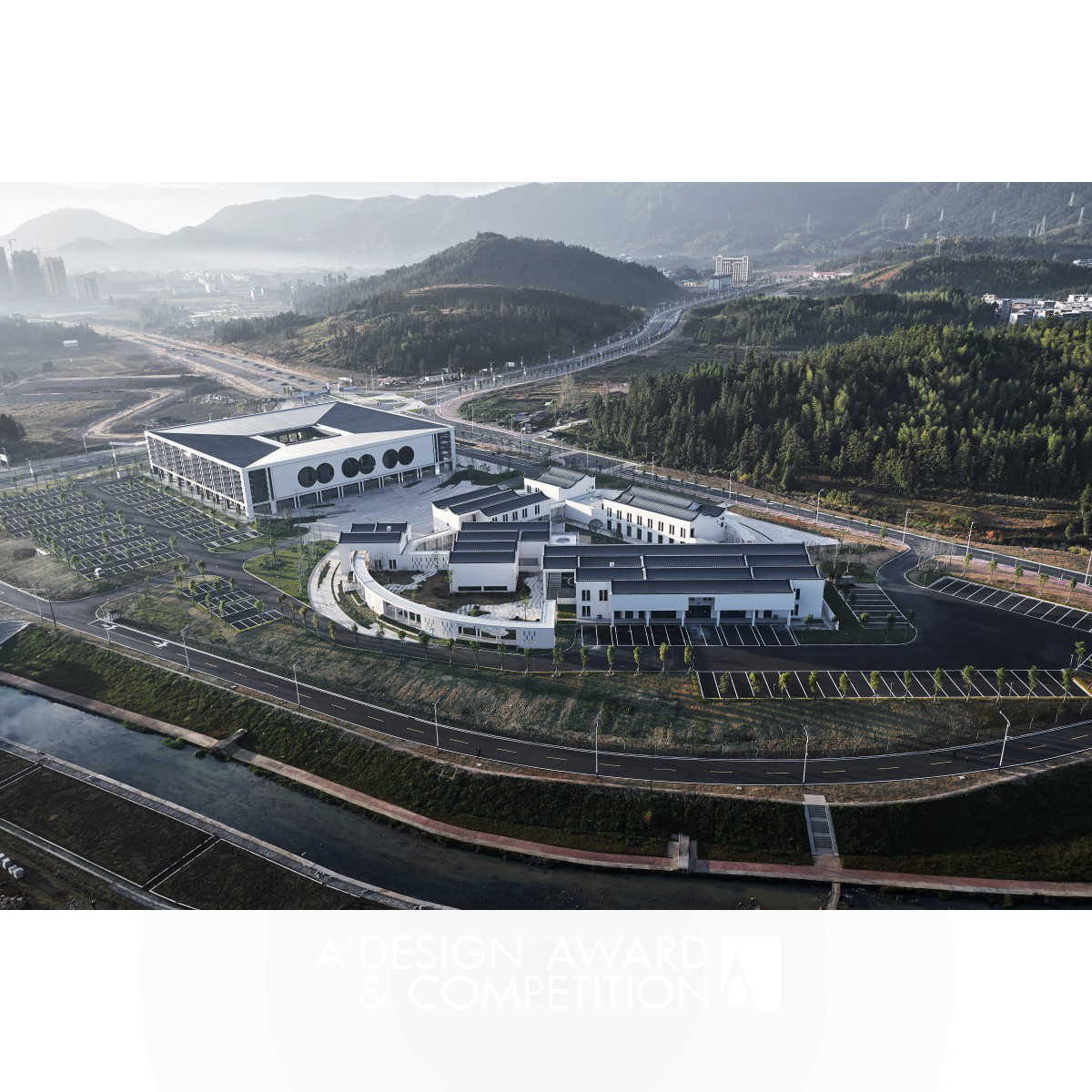 The continuous undulating roof of the tourist distribution center is not only a tribute to the common saddle mountain wall in the east of Fujian, but also a unity of order among the scattered six small units. However, under the unified roof, the cultural and sports activity center has a number of small blocks, which looks like a miniature city. The boundary of the two buildings is the circular and square ambulatory, which is not only the designer's adaptation and response to Zhou Ning's rainy and cold climate, but also the non-verbal expression of the "fish sacrifice" culture.

Good design deserves great recognition. Everyday, we are pleased to feature amazing designers who create original and innovative designs, amazing architecture, stylish fashion and creative graphics. Today, we are presenting you one of the World’s greatest designers. Checkout an award-winning design portfolio today and get your daily design inspiration.